Drama: riders to the sea questions and answers

riders to the sea questions and answers

1. What kind of play is Riders to the Sea?
Ans: It is a one-act tragedy.

2. What is ‘oilskin’?
Ans: ‘Oilskin’ or oilcloth is a sheet dipped in oil and dried to be used as water-proof cover.

3. What does the spinning-wheel indicate?
Ans: It indicate that the women-folk the Aran Islands used to supplement the family’s income by spinning thread at home.

4. What is ‘kneading’?
Ans: Kneading is the process of mixing flour with resins, eggs, milk etc. as mixture for making a cake.

5. What is Donegal?
Ans: Donegal is a country of north Ireland where the body of Michael is recovered.

6. Who is Michael?
Ans: Michael is the fifth son of Maurya. He was drowned in the sea and his dead body was recovered in Donegal.

9. What is a hooker? Why is the hooker tacking?
Ans: A hooker is a kind of small Irish sailing boat. ‘Tacking’ means moving in a zigzag manner in order to adjust its sail so as to come towards the island.

14. What is a ‘Jobber’?
Ans: A Jobber is a broker engaged in selling cattle and horses.

15. What is pier?
Ans: Pier is a structure of wood, iron etc built in the sea and joined to the land at one end, used by boats to allow passengers to get on and off.

16. Why doesn’t Maurya bless her son Bartley on the eve of his departure?
Ans: On the eve of Bartley’s departure, Maurya could not bless him because there was an ominous touch. She is so desperate with grief and agony that she utters ominous words instead of blessing him.

19. How was Michael’s dead body found?
Ans: The dead body of Michael was found by a boatman. When two boatman were rowing with illicit liquor, poteen, before dawn, the oar of one of them caught Machael’s floating dead body.

20. What is poteen?
Ans: Poteen is strong alcoholic drink made illegally, usually from potatoes.

22. What story is associated with ‘Bride Dara’?
Ans: The story associated with Bride Dara is that she had a vision that her dead husband had taken her little child in his arms. It was a sign of the coming death of the child.

25. Who is Sheamus? How did they die?
Ans: Sheamus was one of the sons of Maurya. He was perished in the sea in a dark night.

26. What is a curragh?
Ans: A curragh is a type of small boat covered with water-tight material used for fishing on the west coast of Ireland and the island nearby.

27. What is Sanhain?
Ans: Samhain is the name of the Celtic festival of ‘the departing sun’- held on November 1 which is the beginning of the Celtic year. It is the Gaelic word for ‘late Autumn’.

28. What does the ‘Holy Water’ signify?
Ans: The ‘Holy Water’ is the water sanctified by prayer by priests. Such water was believed to be able to keep away evil spirits.

4. It Maurya a tragic character/ write a short note of Maurya.
5. How do Nora and Cathleen serve the purpose of the chorus?
6. Explain the vision of Maurya.

2. They’re all gone now, and there is not anything more the sea can do to me.

3. He’s gone now. God spare us, and we’ll not see him again. He’s gone now, and when the black night falling I’ll have not son left me in the world.

4. In the big world the old people do be leaving things after them for their sons and children, but in this place it is the young men leaving thinks behind for them that do be old.

5. I’ll have no call now to be going down and getting Holy Water in the dark nights after Samhian and I won’t care what way the sea is when the other women will be keening.

6. No man at all can be living for ever and we must be satisfied.

1. Discuss the importance of the role of Fate/ destiny/ Nature.
2. Evaluate Maurya as a tragic character.
3. What picture of the life of islanders do you get in Rider to the Sea?

Download riders to the sea questions and answers pdf sheet by clicking on the download button above. If you have difficulty downloading, inbox on our Facebook page. Students can SUBSCRIBE to our YouTube channel to get notes and suggestions on other topics. 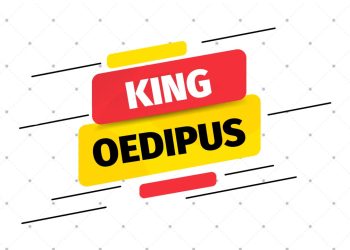