This section has been prepared in the light of the short syllabus rearranged by NCTB. From here you can practice chapter based grammar and construction part by realizing the importance of each chapter and content.

Exclusive model question paper and its answers are given according to the content of the board examination and the selection examination of the top college by analyzing the contents under the short syllabus. After testing each model for hours, you will see the answers.

The suggestion of Bangla Second Paper for 2022 candidates was prepared by the Board Examiner, Question Moderator and the subject expert teacher. Following this will ensure your 100% success.

The model questions consisting of the top grade questions of the top college examinations including the board have been identified. After analyzing the best question papers of different years, a panel of expert teachers has selected these questions as your suggestions.

In addition to the chapter-wise suggestions for essay questions, there are also super-suggestions in short form. The super suggestion has been made by analyzing the board questions and college questions of different years.

Analysis of board questions

In the light of last year’s board question, the analysis has been given by mentioning the board and year along with the content and question number. By looking at these questions in the light of a short syllabus, you will be able to understand the importance of the topics and make suggestions on your own.

See some questions of the Test Paper

1. Read the passage and answer the questions A and B.
One of the sources of water in our country are the rivers. Rivers are everywhere in our life, literature, economy and culture. But are the rivers in good shape? Unfortunately, they are not. A few are already dead and several are going through the pangs of death.

The river Buriganga is an example of a dying river. A report published in the Daily Sun describes what has happened to the river Buriganga and why. Its water is polluted and a perpetual stench fills the air around it. But that is not what it was like The report says that the river had a glorious past.

Once it was a tributary of the mighty Ganges and flowed into the Bay of Bengal through the river Dhaleshwari. Gradually, it lost its link with the Ganges and got the name Buriganga. The Mughals marveled at the tide level of the Buriganga and founded their capital Jahangirnagar on its banks in 1610. The river supplied drinking water and supported trade and commerce.

Jahangirnagar was renamed Dhaka which grew into a heavily populated city with a chronic shortage of space. The city paid back the bounty of the river by sucking life out of it! According to newspaper report, the Buriganga is dying because of pollution. Huge quantities of toxic chemicals and wastes from mills and factories, hospitals and clinics and households and other establishments are dumped into the river every day.

The city of Dhaka discharges about 4500 tons of solid waste every day and most of it is directly released into the Buriganga. According to the Department of the Environment (DoE), 20,000 tons of tannery waste, including some highly toxic materials, are released into the river every day.

A. Choose the correct answer from the alternatives.
(i) The word ‘tributary’ refers to —.
a. fountain
b. territory
c. stream
d. kingdom

(ii) The Buriganga water fills the air with —.
a. aroma
b. fragrance
c. stink
d. scent

(iii) — founded their capital on the bank of the Buriganga.
a. The British
b. The Mughals
c. The Indians
d. The Bangladeshis

(iv) Which of the following statements is false?
a. Buriganga is a river
b. Our rivers are not in a good shape
c. Jahangirnagar was once called Dhaka
d. Water is being contaminated

B. Answer the following questions.
(a) What do you think is the condition of the rivers of our country?
(b) What is the commercial value of the river Buriganga?
(c) Why is the Buriganga described as an example of a dying river? Give reasons for your answer.
(d) How is the Buriganga polluted?
(e) What did the Mughals marvel at? What was the outcome of it?

2. Read the following text and make a flow chart showing the specialities of Gazi Pir. (One is done for you)

According to some myths and legends, Gazi Pir was a Muslim saint who is said to have spread Islam in the parts of Bengal close to the Sunderbans. He was credited with many miracles. For example, he could supposedly calm dangerous animals and make them docile. He is usually depicted in paats or scroll paintings riding a fierce-looking Bengal tiger, a snake in his hand, but in no apparent danger.

According to some stories, he also fought crocodiles who threatened the people of a region full of canals and creeks, indeed, a kind of watery jungle bordering the Bay of Bengal. Because of his alert and vigilant presence, all predatory animals were said to have been kept within bounds.

It was also believed that he enabled villagers to live close to forests and jungles and cultivate their lands. Consequently, people of these regions would pray to him for protection. The story of Gazi Pir has been preserved in folk literature as well as art and has been performed in indigenous theatre. In fact, some Gazi’s paat scrolls are part of the collection of the British Museum

Anne Frank is perhaps the most well-known victim of the Nazi Holocaust of World War II. Anne, born on 12 June 1929, was given a diary at the age of 13, in which she chronicled her life from 1942 to 1944. During this time, Anne spent two years in hiding with her family in Nazi-occupied Amsterdam in a secret annex with four other Jews. Betrayed and discovered in 1944, Anne was sent to the Bergen-Belsen concentration camp, where she died of typhus in 1945. Anne’s father, Otto Frank, was the only occupant of the secret annex to survive the war. In 1947, he published Anne’s diary as The Diary of a Young Girl. Anne’s account of her internment, as well as her deep belief in humanity has become one of the world’s most widely read books

4. Read the following text and fill in the blanks with suitable word from the box. There are more words than needed. Make any grammatical change if necessary.

5. Fill in the blanks with appropriate word in each gap.

6. Rearrange the following sentences to make a coherent order.

(a) Then he invited applications.
(b) The applicants were asked to meet the Sultan one by one.
(c) Long ago, there lived a Sultan in a country.
(d) Then he found the desired man.
(e) He wanted to appoint an honest man as his tax collector.
(f) A number of people applied for the job.
(g) All the applicants blushed and refused except one.
(h) So, he asked for the wise counselor’s advice.
(i) When they all arrived, the Sultan asked them to dance.
(j) They came through a passage where gold coins were kept.

8. The following is the beginning of a story. Complete it in your own words.

9. Suppose, you are Alif/ Adrita. You have just received a letter from your pen-friend Clara who lives at 17 Drowning Street, U.K. She wants to know about Bangladesh. Now, write a reply to the letter.

10. Look at the chart. It shows the sources of U.S.A. electricity in 1980. Now analyze the chart focusing the main aspects (At least in 80 words.)

11. Write down the theme of the following poem (Not more than 50 words)

O father and mother if buds are nipped,
And blossoms blown away;
And if the tender plants are stripped
Of their joy in the springing day,
By sorrow and care’s dismay,
How shall the summer arise in joy,
Or the summer fruits appear?
Or how shall we gather what griefs destroy,
Or bless the mellowing year,
When the blasts of winter appear?

Download hsc english 1st paper test paper by clicking on the download button above. If you have difficulty downloading, inbox on our Facebook page. Students can SUBSCRIBE to our YouTube channel to get notes and suggestions on other topics from this link. 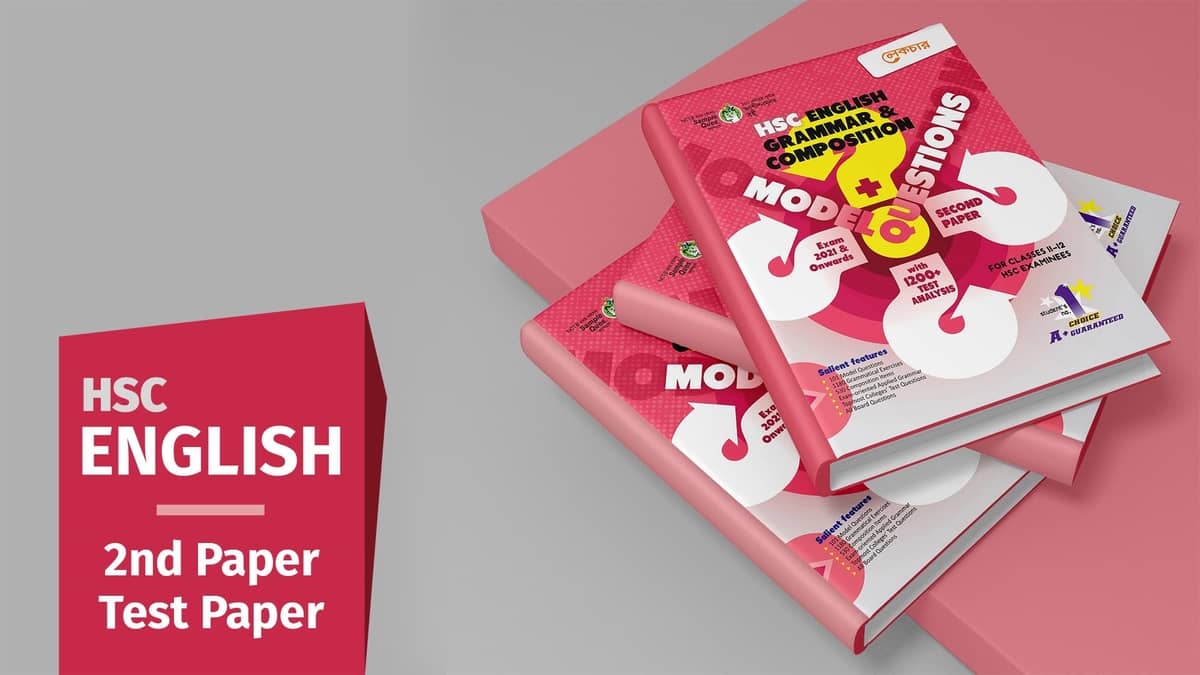